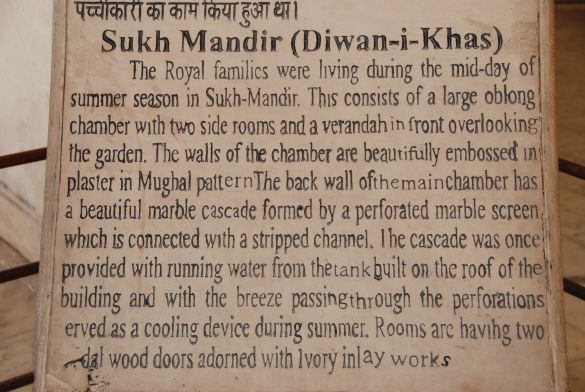 The Royal Families were living during the mid-day of summer season in Sukh-Mandir.
This consists of a large oblong chamber with two side rooms and a verandah in front overlooking the garden.
The walls of the chamber are beautifully embossed in plaster in Mughal pattern.
The back wall of the main chamber has a beautiful marble cascade formed by a perforated marble screen which is connected with a stripped channel.
The cascade was once provided with running water from the tank built on the roof of the building and with the breeze passing through the perforations served as a cooling device during summer.
Rooms are having two sandal wood doors adorned with ivory inlay works. 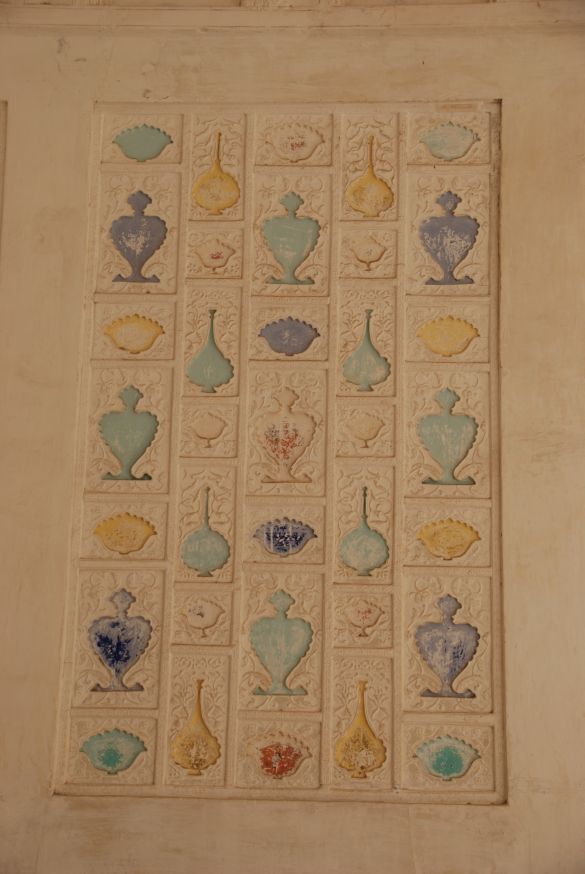 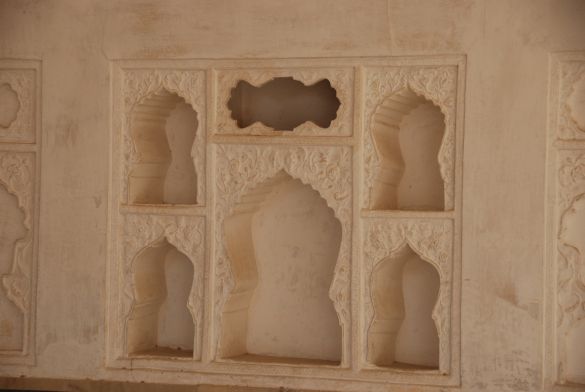 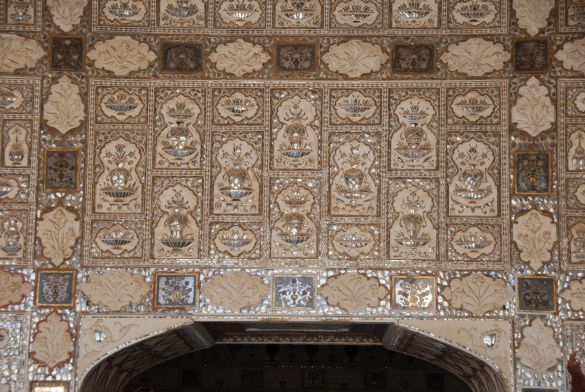 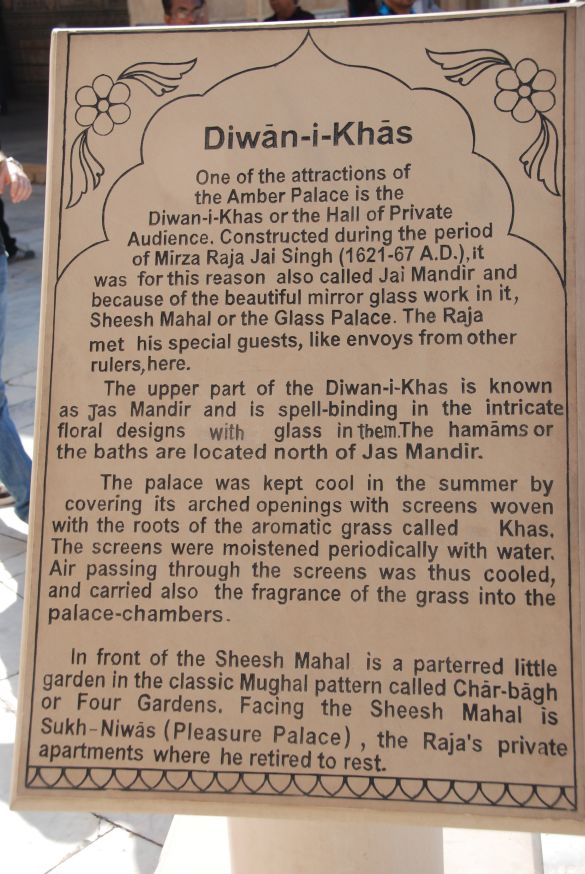 On of the attractions of the Amber Palace is the Diwan-I-khas or the Hall of Private Audience.
Constructed during the period of Mirza Raja Jai Singh (1621 – 1667 AD), it was for this reason also called Jai Mandir and because of the beautiful mirror glass work in it, Sheesh Mahal or the Glass Palace.
The Raja met his special guests, like envoys from other rulers, here.
The upper part of the Diwan-I-Khas is known as Jas Mandir and is spell-binding in the intricate floral designs with glass in them.
The hamams or the baths are located north of the Jas Mandir.
The palace was kept cool in the summer by covering its arched openings with screens woven with the roots of the aromatic grass called Khas.
The screens were moistened periodically with water.
Air passing through the screens was thus cooled, and carried also the fragrance of the grass into the palace-chambers.
In front of the Sheesh Mahal is a parterred little garden in the classic Mughal pattern called Char-Bagh or four gardens.
Facing the Sheesh Mahal is Sukh-Niwas (Pleasure Palace), the Raja’s private apartments where he retired to rest. 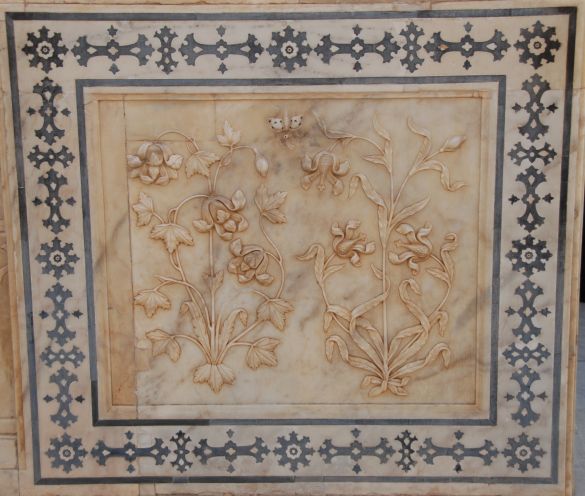 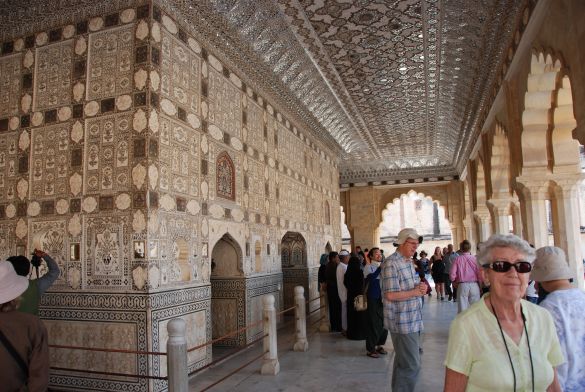 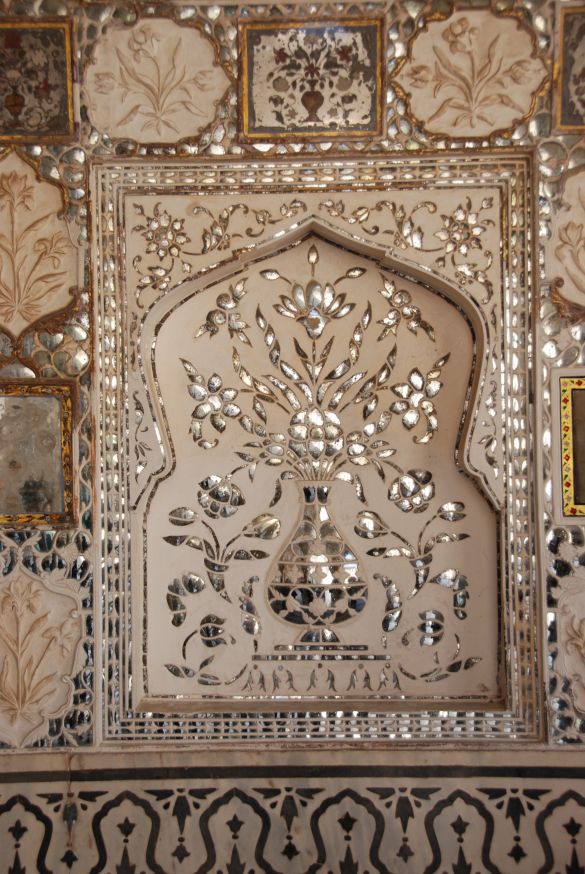 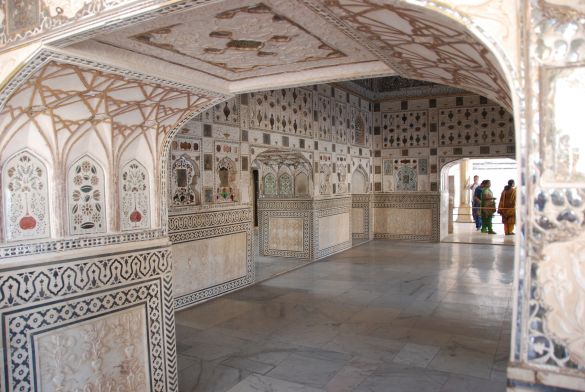 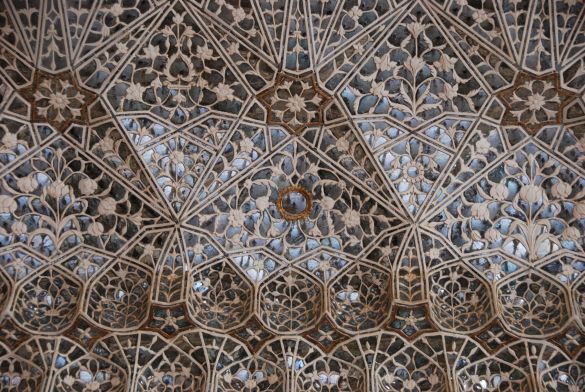 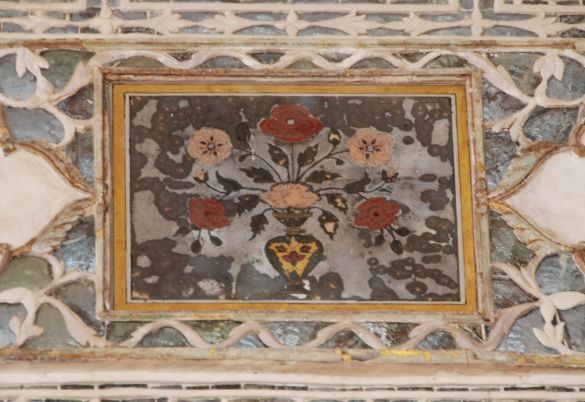 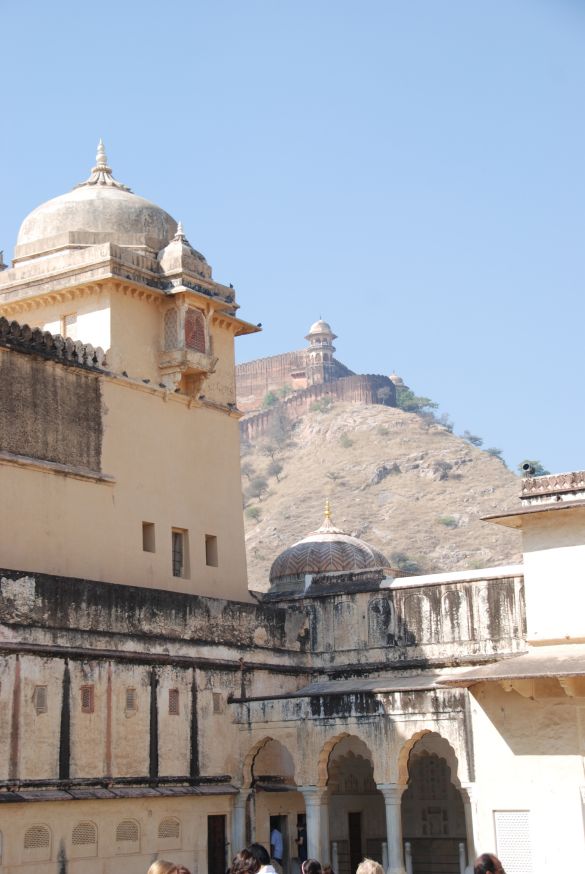